The chronology, especially of April 1945, is not always quite clear due to contradictory reports.

1945
April 26: About 3500 seriously ill concentration camp prisoners from the Kaufering concentration camps are put into freights car destined for extermination in the Dachau camp (Grinberg, May 31, 1945).
April 27: The train arrives at Schwabhausen where the SS leaves it exposed on the rails as bait for the ongoing Allied air raids. At 10:20 h the French bomb squadron „Navarre“ attacks the train. About 140 prisoners are killed, but about 400-500 escape and hide in the woods, many heavily wounded and nearly all completely emaciated and ill. The train leaves without them for Dachau.
April 28: Dr. Zalman Grinberg arranges the transport of about 50 heavily wounded prisoners to the nearby monastery of St. Ottilien which at this time was being used as a German military hospital after the expulsion of the monks.
April 29: The 4th US Infantry Division reaches the Landsberg region.
April 30: According to a report of the American 12th Infantry Regiment, the hospital at St. Ottilien with facilities in the neighboring village Greifenberg (Theresienbad) cares for 1525 German and 97 Allied patients with 15 medical officers in charge. Under their protection, about 500 liberated prisoners are brought from Schwabhausen to Hospital St. Ottilien where they occupy the former monastery school, the retreat house (two of the three hospital complexes) and the Ottilien villa.
May 1: First burial of a former concentration camp prisoner (Lewin Mertel) by Rabbi Weiss and speeches by him and Dr. Grinberg. The American occupation force demands that all the German doctors, nurses and soldiers in the hospital are present at the Jewish ceremony. In the following weeks a part of the German patients are brought away to other hospitals.
May 6: Surrender of the German Forces in Bavaria
May 15: Archabbot Chrysostomos Schmid returns from his exile to the monastery. According to Monastery Chronicle, he finds at his arrival the monastery occupied by ca. 2100 patients (liberated Jewish prisoners and German soldiers)
May 27: Liberation Concert conducted by Michael Hofmekler with a programmatic speech by Dr. Zalman Grinberg
June: Under the leadership of three Jewish doctors (Dr. Zalman Grinberg, Dr. Nochum Katz, Dr. Zalman Berman) the German medical staff (doctors and nurses) is continuing its work for liberated camp prisoners. Dr. Grinberg has an agreement with Chaplain Abraham J. Klausner that all Jewish patients from Dachau should be brought to St. Ottilien (soon after a second Jewish hospital opens in Gauting).
602 persons are listed in the hospital: Patients list 1945
July: 750 patients at St. Ottilien
July 25–26: First Conference of liberated Jews from all zones (94 delegates from 46 DP camps) with the election of a Central Committee and declaration of a program with fourteen points: recognition of Jews as their own nation, Israel as a homeland, compensation of concentration camp prisoners, self-administration of the camps etc. Dr. Zalman Grinberg becomes its first president, a position he holds until his emigration in July 1946.
August: The last German patients are brought away.
August 28: 153 children between 2 to 15 years are registered in St. Ottilien who wait for a boat to Palestine.
August 31: Rabbi Judah Nadich visits with Joseph Schwartz (JDC) the Hospital. He describes the hospital work with its 785 patients and especially the children department (Eisenhower and the Jews, p. 84-87).
September: about 700 persons are treated in the hospital. The US troops leave the monastery and entrust their duties to the DP police (former prisoners) who control especially the three entrance points to the monastery/hospital
October: Head doctor Zalman Grinberg becomes head of the hospital
October 21: Visit of David Ben-Gurion
November 15: The U.S. military administration hands all DP camps over to UNRRA (United Nations Relief and Rehabilitation Administration)
December 5: Permission to bring some of the hastily buried victims of Schwabhausen to the Jewish cemetery at St. Ottilien
December 29: Foundation of the children Kibbuz „Atid“ in the theatre room of the monastery school. David Arownoski is in charge of the group.

1946
January 25-27: Third Conference of the Liberated Jews in Munich with inspiring speech by Dr. Grinberg (documentation film by Chaplain Abraham Klausner)
April 6: 743 people are registered in the DP Hospital. Most of the many children are brought to other camps, especially to Aschau.
April 25: Dr Grinberg’s wife Eva and son Emanuel arrive in Palestine
May: David Aronowski and the children Kibbuz leave for the DP camp Aschau
May 7: The „St. Ottilien Orchestra“ gives a concert for the military tribunal of Nuremberg
May/June: Until the end of May the hospital has treated 3792 patients. From now on, weekly lists of arriving and leaving patients are sent to UNRRA
June: Zvi Kadushin visits the monastery and produces a short documentary movie
June: Two Talmud volumes are printed in the Press of the monastery (3000 copies). They are edited by Rabbi Samuel Abba Snieg and Rabbi Samuel Jakob Rose. Rabbi Snieg has started a Yeshiva (Torah School) in St. Ottilien which builds up a library of Jewish literature. The Rabbis Snieg and Rose prepare a reprint of the complete edition of the Talmud in 19 volumes which is done from December 1948 to November 1950 in Heidelberg. The cover image shows the abandoned concentration camp of Kaufering.
June 11 and 14: The chess club of the DP camp Landsberg travels to St. Ottilien for a match, and three days later the Ottilien chess club travels to the rematch in Landsberg. Both times the players from Landsberg win with 5 1/2 : 4 1/2.
July: Dr. Zalman Grinberg emigrates to Israel. His successor as president of the Central Committee is Dawid Treger, also from Kovno. The St. Ottilien DP Orchestra moves to Fürstenfeldbruck and becomes the „Ex-Concentration Camp Orchestra“.
September 1 to 15: At the „chess olympics“ at Landsberg, players from 15 Jewish DP camps take part. It is won by Ch. Aleksandrow from the Ottilien hospital. About this event see the article.
Autumn: The Delivery Station at the Hospital of the DP Camp Landsberg is transferred to St. Ottilien
October 19: 557 persons in the DP Hospital
December: A report speaks of 531 persons in the Hospital and distinguishes between patients (246) and inhabitants (285)

1948
January 23: According to an IRO-report the entry/exit-checks exist no longer. Attendance of primary school: 23 children. The hospital offers movie presentations two times a month. Concluding remark: „The administration of the hospital is satisfactory, but due to its remote location and size, it is recommended, that this hospital be consolidated with other large installations.“
January 30: 315 people are registered in the DP Hospital
March 3: 318 people are registered in the DP Hospital
April 9: 315 people are registered in the DP Hospital
April 18: As last registered patient of the Hospital, Libe Gordon is born
May 5: 255 people in the DP Hospital
May 6: Dissolution of the Hospital and transfer of the remaining persons (patients, nurses and doctors) to Bad Wörishofen
May 10: The Camp Orchestra performs under conductor Leonard Bernstein in the camps of Feldafing and Landsberg
May 24: Final inventory of the DP Hospital after the dissolution: Inventory, May 12, 1948
May 31: Official return of the sequestered monastery to the monks of St. Ottilien: Release
August 10: The Hospital cemetery is used for a last time. Prof. Nicolai Aleksandrow who had already moved to Bad Wörishofen wanted to be buried close to his son Rostislaw A. who had hanged himself in the hospital on March 12, 1947
December: Rabbi Snieg who now lives in Bad Wörishofen publishes the first volumes of the „Liberators‘ Talmud“

1968
After several exhumations, all the tombstones on the KZ-cemetery are placed along the fence. The bodies remain where they are.

1997
Robert L. Hilliard’s memoirs Surviving the Americans: The Continued Struggle of the Jews After Liberation bring again some attention to the former St. Ottilien DP camp

2002
Documentary film by John Michalczyk based on the Hilliard’s memoirs: Displaced: Miracle at St. Ottilien 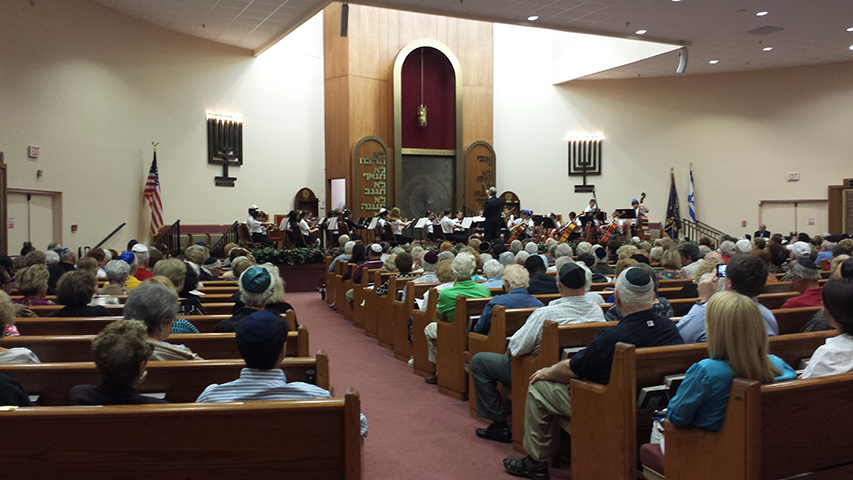 2018
June 10 to 12: Opening of the Exhibition „The Benedictine Monastery and its Jewish History 1945-48“ (until September 23) and of a Symposium with the same topic. Many participants are personally related to the Hospital or even born there. See the photographic documentation by © Benyamin Reich, Berlin: Ottilien Babies_web

2019
May 5: Yom Hashoah Commemoration: In the multimedia presentation at Fair Lawn, NJ, Dr. Yair Grinberg shared recollections of his father, Dr. Zalman Grinberg, and his work with DPs.
June: After a long renovation period, the former Maternity Ward of the Hospital is again open to the public and used as a guest-house.